Something was not right with my body. I had turned up to a business client’s premises late, after fitting in an emergency medical appointment that morning. They knew the reason I was late and I had known these people for years, yet not one of them asked how I was or if I was OK. They launched straight into the task of how I could help and support them that day.

Of course that was the deal we had made. As a psychologist and consultant I provide unidirectional support in exchange for a unidirectional fee. Yet I felt a disarming sense of isolation in that moment. It was confronting to realise that I was more alone than I had imagined in the presence of these people I had grown to love.

But what about me? Don’t you know I’m made from the same stuff as you?

Loneliness can flare when we are sick, because instinctively we feel less safe. We want people around us and to feel supported. On another day we might be quite pleased to have those same people go camping for the weekend and leave us alone. 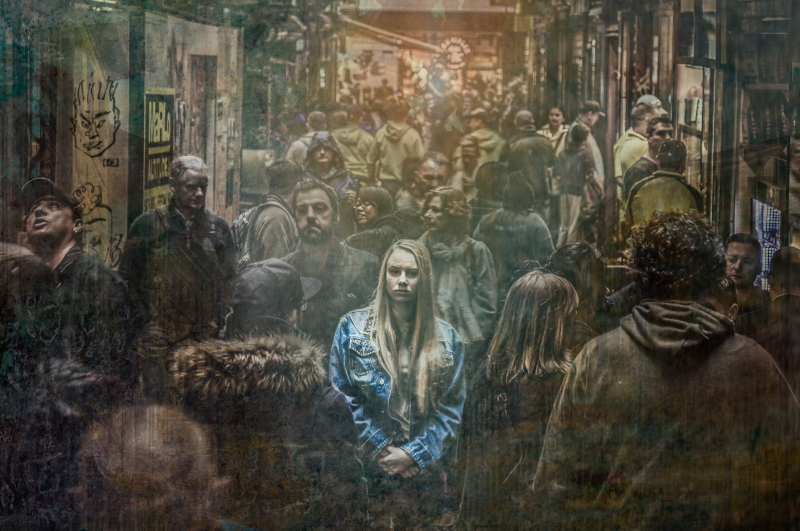 John Stewart Bell wrote on the topic of entanglement. It’s a concept in quantum physics that describes how when two particles or bodies are entangled, then become separated by some distance, an action upon one of them still affects the other one in the same way – in real time, faster than light.

Funky. It’s as if once entangled, there can never be a true untangling.

That’s physics. On the level of everyday life the most intimate entanglement we have is with our mothers. You were grown from your mother’s tissue, and each of you carries some of the DNA of the other. Each of you.

Your mother very likely carries your DNA as a ‘contaminant’ in her system. It’s a normal result, though not widely known, of the intimate process of gestating you.

Some years ago I picked up the phone to chat with my mum and tell her some news. Just a few minutes in, she started to complain about her lower left leg and ankle suddenly puffing up. It was hurting inexplicably and scared her, so she cut our phone call short.

What she missed was the story I was about to tell her, of how my lower left leg and ankle were at that moment twice their usual girth and transitioning from purple through charming shades of yellow and green. It was the result of a partial Achilles tendon rupture due to a misjudged jeté at jazz class.

Interesting. My mum was fine within 20 minutes. Is this a kind of entanglement, or something else? Hard to know.

Spooky action at a distance

Einstein was apparently not a fan of Bell’s notions, describing them as Spooky action at a distance. Personally, it doesn’t bother me so much. All of our senses that we are familiar with, such as sight and hearing, as well as the extraordinary magic of telecommunications and broadcast technologies, are all pretty spooky. That there might be other kinds of connectivity that we don’t yet fully understand seems reasonable.

My most striking example of this was with a friend with whom I had a close bond. He was so disturbed by an experience he had one night that he called me the following day for a sanity check. He had a dream that I was over at his place in the early hours of the morning. It was so vivid that he woke up and felt the need to physically get out of bed and check if I was outside his door. Twice.

I wasn’t. At that exact time I had been in my own bed, wide awake and deeply anxious about a very bad decision I had made earlier that day. I was running through a mental list of who I might get away with calling in the middle of the night, who wouldn’t be too annoyed with me. His name came out on top.

In the end I didn’t call anyone. Except apparently I did. 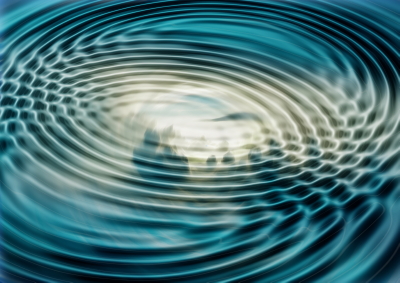 I find this kind of connectivity between humans who care about each other fascinating and uplifting. It’s fun to know that there are more phenomena to explore and understand.

It still leaves open the question of why, given this special kind of communication that we can sometimes experience in moments of heightened emotion or special connection, we also feel pain when we are not physically connected to the people we love.

I’ve said this before: Nature wastes no effort. She has a reason for everything. What could be a reason for issuing us with a pain signal when we are disconnected for too long?

We are a social species, relying on the synergies of community to survive and thrive. Ancestrally, the odds of our individual survival really were stacked against us if isolated in the wilderness or rejected by our tribe. It was an acutely dangerous situation.

Our bodies still carry this programming. It motivates us strongly to stay connected.

Even now, studies of longevity show that strong social bonds are a good predictor of a long, healthy life.

A friend of mine observed that rather than feeling tied down after getting married, she felt much freer. Her relationship and home were the island from which she could safely explore the world and take bigger risks.

When you have your own island – strong relationship bonds – you feel OK to swim out a little way and explore. Then you swim back and rest up. Next time you might swim a bit further. As long as the island is within view, you feel safe to venture out.

If you have no island and you are just paddling in open water, quite likely you spend most of your time looking for an island. In desperation you may grab onto any bits of flotsam that look like they might help support you. But if these are just free-floating, you are still not safe.

Many compromised relationships begin this way.

Young people, especially, are strongly driven to connect with each other and form bonds. This is as it should be. It’s how we roll. Young women in particular seem to suffer deeply from feeling isolated, and struggle within themselves to embrace the ‘I don’t need a man’ mantra.

In the modern world, technically women don’t. But primal programming says yes, yes you do. You need safe harbour, a protector, a father for your children. This drive is so strong that many young women, especially those without strong family bonds, describe a kind of gnawing, tearful, face-in-the-pillow distress about not being able to find a suitable partner.

I don’t know if it’s the same for young men. None of them have mentioned it to me. Again, though not fashionable to discuss, there is probably ancestral programming in women warning them that they are more vulnerable than men when isolated – not as strong, not as fast, not as fearsome. We need a man. Don’t tell anyone.

Related post: No, you don’t have to ‘love yourself’ before being in a relationship

The paradoxical loneliness of city life and crowded places reveals an important distinction:

Aloneness is a circumstance. Loneliness is state of mind.

I remember the first time I walked around London as a teenager after having grown up in friendly English suburbs and countryside. The emotional chill of the place was confronting and unsettling. No-one looked each other in the eye. Verbal exchanges were economical and cold. There was a man in a shop flicking through a pornography magazine, right next to my face. It was weird.

Half an hour South the culture was friendly, safe and warm. Why so? 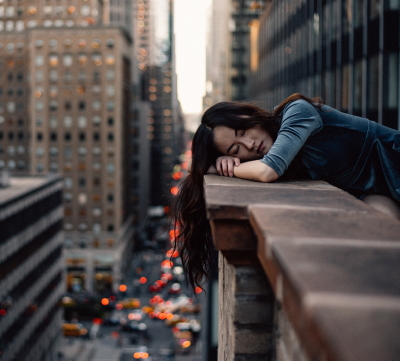 People traditionally gather in cities primarily to trade – to get as much from each other in as short a time as possible. That’s why it feels that way. The founding purpose of cities is the exchange of goods and services. A lot of people really are more focused on ends than means.

You’ll notice it’s different when city folk socialise. There’s more warmth and joy. In the dating stakes, though, beware. There are so many fish in the sea that there can be less motivation to treat any one relationship as precious or to invest as deeply.

There is also the phenomenon of reflexive biting. When too many mice are kept in too small a cage, they start to go for each other. The stress of the small space makes them fight for territory and resources. If a stranger then turns up on a tourist visa – oh boy, there won’t be a very warm welcome.

City folk also suffer from Nature Deficit Disorder. Humans are designed to walk barefoot on the earth, to connect and commune with the mysterious energies of planet, sky and plants. Humans who don’t do this get ratty.

That’s why cities can feel on one level invigorating and exciting, yet on another utterly soulless.

What can you do?

If you are not lucky enough to have a very strong family unit, or to live in a small town with deep connections, you need strategies. Here are a few good ones to get you started:

Set up your life so you hang out with the same people frequently. Real bonds develop from repeated exposure to the same people. If you are meeting endless strangers and never seeing the same face twice, you are likely to feel lonely. So do courses, join clubs, get a job as part of a friendly team, or set up regular events with neighbours. 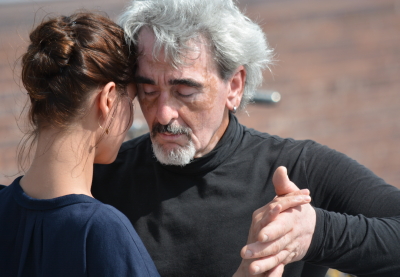 Dance. This is not a pastime. To dance is life. It’s part of us as a species, and to neglect it is as bad as living without trees or sunshine.

I do a wonderful form of dance called Contact Improvisation. It’s incredibly connecting and heart-opening. None of my other friends hug like my dance friends. I can feel Contact Improv hugs down to my bone marrow. If that’s too much, then ordinary partner dance like Salsa or Tango.

At the very least, touch each other. Build a huggy, kissy sub-culture in your friendship groups. It will probably catch on.

If you work in urban planning, please prioritise layouts that build communities. Not just town centres that require big commutes, but suburban centres and local street centres. Cul-de-sacs are great, or any creative living layouts that mean the locals will run into each other regularly.

Lastly, be careful with others’ hearts. Broken connections are painful in equal proportion to the value of those connections to the people involved. Don’t fake it to make it in this world. Be sincere. Be kind.

* Title borrowed from the words of the late, great, Terence McKenna.