I had a call from ABC journalist Moataz Hamde the other week, looking for networking tips for people who are socially anxious, especially when it comes to networking for their careers.

The issue we explored is that anxious or very sincere personality types often find it hard to build relationships in any way but organically and authentically.  This is actually a great thing, of course.  It becomes a career problem only if you also have negative concepts attached to networking.

For example, you might get squirmy if you feel you must disguise your true agenda or use interpersonal techniques to ingratiate yourself.  The falsity of that behaviour is off-putting.  It clashes so much with your personal values that it’s almost impossible to make yourself do it.

The second obstacle to networking — and perhaps the most frequent one that my executive coaching clients describe to me — is the belief that networking requires you to have an extroverted personality.

What if you have a more reserved nature?  Does that mean no networking for you, end of story?

You can read the article Moataz wrote about this here on ABC Life, or continue below for my tips on how to feel better about networking (and even start to enjoy it!). 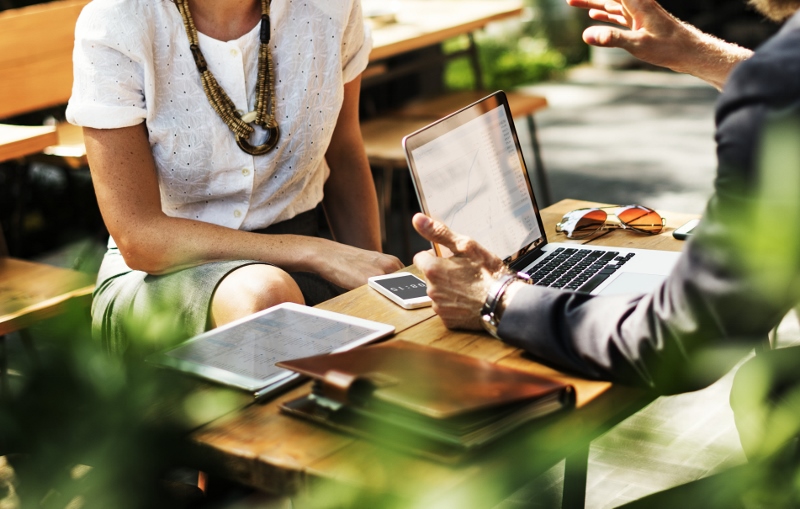 My discussions with Moataz triggered me to ponder these issues for many days.  I couldn’t help but notice networking behaviour all around me — like when you start researching whether you might like to buy a silver Toyota and suddenly you see silver Toyotas everywhere.

Here’s what I noticed about clients and friends who network particularly well and enthusiastically.  They fall into one of two camps:

Some fall awkwardly into both camps.  For example, in one instance I was warmly invited to an event and encouraged to imagine the benefits to me for being there.  Learning more about it, I realised that the larger motivation of the inviter was probably not, in fact, that the event would be good for me.  Mostly it was that my presence would be good for him.

I felt extremely uncomfortable with the subtle dishonesty of that.  I was contemplating going to some trouble to attend.  It’s not something I would do to someone else.

I’m sure the inviter would not think of it in these terms at all, but I include it here as an example of the kind of thing that you, if you are a compulsively sincere type, might recoil at when you imagine networking.  You may feel it’s about having an agenda, using interpersonal techniques, or making others feel special in a rather inauthentic way. 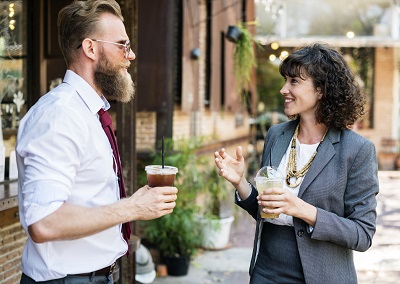 The solution is the same whether you are socially anxious, compulsively sincere, or both.  I’ll get to it in a minute.

The second thing I noticed was that even the most well-intentioned busy networkers don’t have time for all the people they bond with.

They build relationships fast, hooking people in close and making them feel special.  But in many cases they are just passing through, en route to whoever’s next.  They leave a trail of people behind them, wondering what the heck just happened.

Some networkers so enjoy winning others’ affection that there can be an addictive aspect to it — a dopamine hit or ego fix that craves replenishment.  The result can be a large group of networkees tending wounds of varying depths, having been made to feel special in some way, only to realise that they are one of so many on the active networker’s dance card.

This is not always a harmless collateral effect of good networking.  Depending on the situation, the impact on networkees can range from minor to heartbreaking.

Anyway, what’s the solution to making networking enjoyable and aligned with your personal values, if you are on the social anxiety or compulsive sincerity spectrum?

You have two options.  Choose whichever of these works best for you:

Chat, collaborate, be helpful, make good things happen, be responsible, let people know, do the right thing.  Find and replace.  (Does that feel better?  Shhh, you are networking!)

Critically, remember that extroversion is not a prerequisite for basic networking!  In fact it sometimes gets in the way, because it can be overwhelming and off-putting to the half of the population who consider themselves somewhat introverted.  Quiet, sincere types enjoy the company of other quiet, sincere types.

Isn’t that true for you?  Isn’t it often a blessed relief, actually, to connect with others like you?  It’s critical to remember that you are all looking for each other!

So use your real personality.  Find each other by opening the conversation — quietly, sincerely, in exactly your own way.

1 thought on “How to feel good about networking”