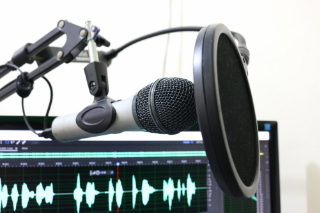 I was on the radio today, discussing citizenship tests with presenter Thomas Oriti.  We also talked about the use of psychometrics in the business world, and how that kind of testing differs.

Something that wasn’t fully expounded in the interview is that the Australian citizenship test is more akin to a simple knowledge test than to a psychometric aptitude or personality test.  It includes no trickery intended to stretch one’s skills or profile one’s character.  Rather, all of the answers are willingly provided in the study materials that citizenship applicants are given.  Getting a good grade is only a matter of reading and learning.

I believe the primary purpose of the citizenship test is as a communication device.  It’s saying to applicants, “This is what we expect of you; learn it well, as there’ll be a test.”

It’s the increased wait time to apply for citizenship, from one year to four years, that will serve as the behavioural prediction tool.  How a would-be citizen behaves during those four years is likely to be far more predictive of their behaviour in later years than their test score.

Thus the Australian Government’s proposal to extend the wait time, as well as to emphasise ‘Australian’ or just human values (democracy, equality, freedom, etc), is a sensible evolution of immigration procedures.  It’s likely to confer some benefits to Australia as a whole, without unduly affecting the majority of genuine applicants.

1 thought on “ABC Radio, The World Today:  Benefits and pitfalls of citizenship tests”