If you are prone to angry feelings, which is the better strategy?  Let it out, or hold it in?

The answer is neither, because there’s a far superior option.  It’s much more effective than that old favourite “You must releeeease your anger” – usually by pummelling a pillow, taking a boxing class, or sealing your doors and windows and yelling at the top of your lungs. 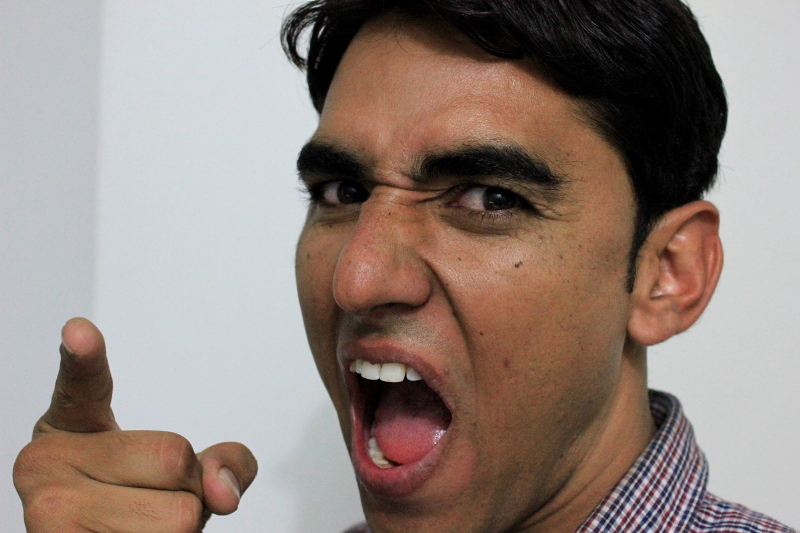 Cutting right to the chase, letting your anger out will not make it go away.  It most certainly won’t prevent it from coming back.

In fact, research shows that some forms of angry expression will only serve to intensify your out of control feelings of fury or indignation.

You are not doing yourself any favours by launching into a rabid rant.  Yes, there’s a certain pseudo satisfaction from feeling righteous about whatever the topic is, but while you’re feeling that way your blood pressure is sky high and your immune system is collapsing.

Just 5 minutes of anger is so damaging to your body that your immune system can show the effects for six hours afterwards.  And hostility is among the strongest predictors of heart disease.  While stress alone will not generally send you to the cardiac ward, hostility reliably will.

I always say that Nature wastes no effort.  There’s a foundational purpose for every daft thing that we humans do – a benefit.  So what is the purpose of anger?  Can it really be so bad?

One purpose of anger is motivation.  Your nervous system serves up a big dose of bad feelings to get you to do something important that will increase your chance of survival.  For example, if someone/something comes and steals the last wild boar of the season that you’ve just patiently roasted, you may feel great anger.  That will motivate you to keep much better guard of your protein supply from then on.

It’s the anger – the high emotion – that etches the lesson into your memory and results in a new, effective, reliable behaviour.

Or you might use anger as aggression to frighten someone away.  For example, you may feel anger if you come home to find an unrelated teenager rummaging through your possessions and stuffing his chosen items into a duffel bag.  Your fierce expression of anger in that moment ensures that you get to keep more of your possessions than if you were to just pop the kettle on and make a cup of Chamomile tea.

These are rare, reasonable and functional expressions of anger.

The problem with anger

The central problem is that extreme expression of anger is frightening for other people who witness it – as nature intended.  That’s why frequent anger, when nothing very special is going on (no-one is stealing your boar) is especially problematic.

If you are an adult male you may not be fully aware of just how intimidating you can be to women or children.  You may not feel very frightening, but men are bigger, louder and much stronger.  Your full blown anger is quite terrifying to someone more petite or otherwise vulnerable.  So they can’t help but react to it.  No matter their best efforts to stay calm, their nervous systems are hard-wired to activate and protect themselves from you. 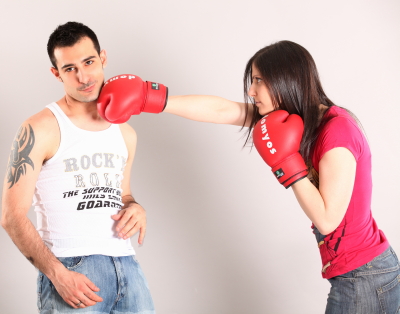 Consequently, although you may feel as though you are letting your anger out, in reality you are transferring it.

Other people absorb that powerful energy.  It may make them feel angry at you in return, or frightened, distressed, or just miserable because you have spoiled their day.

Research with married couples shows that wives tend to be particularly emotionally absorbent.  Their happiness is heavily influenced by their husband’s moods.

It doesn’t appear to work the other way around to the same degree, with husbands’ happiness appearing to be largely self-determined.  Male energy, it seems, dominates most households through this natural dynamic.

When there are other people around you, your anger doesn’t simply blow away with the breeze.  It depresses others’ immune systems and raises their blood pressure.  It makes them not want to be around you.

No-one wins.  All that’s happened is you’ve added some negativity to the world.

If you do this a lot, those closest to you will be working hard to keep themselves happy despite your behaviour.  They are likely to manage their interactions with you in ways calculated to minimise their exposure.  They will also eventually start to ignore you.

The necessity of protecting themselves emotionally from frequent anger over everyday things, teaches them to ignore you even on those occasions when you may have a very valid point.  It’s the same principle as crying wolf.  Anger, for best effect, should be saved for special occasions.

The second problem with letting anger out is that this simplistic recommendation offers nothing to help you to stop feeling this way.  It’s no fun being angry all the time, or having outbursts that harm you physically and reputationally.

What you want is a strategy that will reduce the frequency and intensity of your angry feelings, and replace them with calmer positivity.  There are three angles of approach to this, and all should be used:

Interpretation is the reason that a single external event elicits such a variety of emotional responses from different people.  For example, if a dirty cup is left on the kitchen counter, a spectrum of interpretations, and their resulting emotions, are possible.  For example:

Some of the above people may erroneously believe that the external event (leaving the cup) is somehow causing their emotional reaction.  Logically, we can see that it isn’t.  If the event were really causing each person to respond, helplessly, in a particular way, then everyone would have responded the same way:  Cause  >  Effect

By simple deduction, the event cannot by itself be causing such varied emotional responses.  So what is?

The main causative variable is the thoughts that one chooses to have about a thing.  Learning to think more calmly and constructively is a skill that anyone can learn.  It falls under the general heading of Emotional Intelligence (EQ).

What if feeling angry is brand new for you, rather than just an old habit of interpreting things negatively?

Post Traumatic Stress Disorder (PTSD) can often cause angry outbursts where there were none before, as can hormonal imbalances, depression (especially in men), excessive caffeine intake (especially in men), some types of mild brain injury from sports or military service, or illnesses like early onset dementia.

It may be time to book yourself into the shop for a tune-up.  Make an appointment with your doctor as well as your psychologist, to take a good look at what’s going on, and get back to your old self.