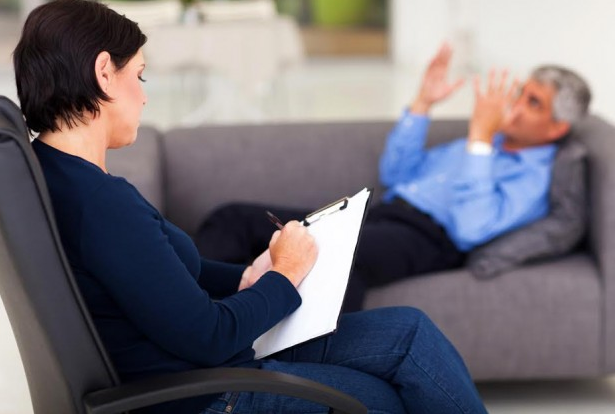 In Australia Psychologist is a protected term.  Only those with specific tertiary education and training are allowed to use this job title.  Psychologists have been educated and trained in Psychology for at least five years, and often six or more.

Psychologists who have completed the required studies and work experience, and have then received the tick of approval from the Psychology Board of Australia to practice, can use the title Registered Psychologist.

Registered Psychologists may specialise in many fields, such as child development, occupational or cognitive specialities.  Those who specialise in therapeutic or counselling work provide a similar service to a Psychiatrist (see below) but without the use of pharmaceutical drugs.  Instead they emphasise ‘talk therapies’ like Cognitive Behavioural Therapy, and other drug-free approaches such as hypnotherapy.

Some may also advise on nutrition, exercise or other adjunct support for mental health, according to their areas of special interest and knowledge.

In Australia, partial Medicare rebates are available for the services of Registered Psychologists.

In Australia a separate category has been created for Clinical Psychologists.  These Psychologists have specialised training for dealing with substantive mental illnesses such as psychoses or severe eating disorders, as well as drug addiction, extreme mood issues, learning disabilities and similar higher order difficulties.  They tend to specialise in these medical areas.

In Australia, partial Medicare rebates are available for the services of Clinical Psychologists.

Psychiatrists are first and foremost medical doctors.  They also have post-graduate psychological training.

Like other doctors, they can prescribe pharmaceutical drugs.  Many also provide various ‘talk therapies’, similar to those provided by Psychologists.

Psychiatrists’ services tend to be reserved for the most serious mental health issues, such as illnesses like Schizophrenia or Bipolar Disorder.  When availability permits they may also provide support for the more common mental health challenges that Psychologists usually help with, such as depression and anxiety.

In Australia, partial Medicare rebates are available for the services of a Psychiatrist.

In Australia Counsellor is not a protected term, so in theory anyone can say they provide counselling services — rather like Life Coaching and, much worse, Psychotherapy.

Yes, Psychotherapist is also not a protected title, meaning anyone can hang a shingle and claim to provide psychotherapy!

However, because of the good training now available for non-Psychologist Counsellors in Australia, in practice most Counsellors have some type of relevant education and some have a great deal.

Counsellors are trained to listen non-judgementally and, to varying degrees, to provide ‘talk therapies’.  They cannot prescribe or advise about medication.

In Australia, Medicare rebates are not usually available for the services of a Counsellor.

Which one should you see?

If your issue is quite straightforward or you would like regular inexpensive support, a Counsellor may be a good place to start.  Note, however, that after Medicare rebates it is often cheaper to see a fully qualified Registered Psychologist than a Counsellor.  Also be cognisant of the great variation in Counsellor training.

If you are experiencing problems with mood such as depression, stress, anxiety or phobias, relationship problems, a relatively mild eating disorder, or similar common problems, a Psychologist is often your best bet.  Psychologists have substantial training, are governed by a professional body and a health authority, provide drug-free therapy and fall in the middle of the fee range.

If your problem is very serious, such as being diagnosed with a psychotic illness, personality disorder or other neurological problem, you will need the support of a Clinical Psychologist and/or a Psychiatrist.  A non-Clinical Psychologist may not be able to help you fully, and a Counsellor certainly will not.

If psychiatric medications are required you will definitely need the assistance of a Psychiatrist.

Fees
Of all of these practitioners, Psychiatrists’ fees are generally the highest.

Counsellors’ fees are generally the lowest.  However, your total out-of-pocket expenses may actually be higher to see a Counsellor than a Psychologist, because Medicare rebates apply to most Psychologists’ services.

Referrals
In Australia you will need a referral from a General Practitioner in order to book an appointment with a Psychiatrist, just like any other medical specialist.

Yes, a Psychiatrist will sometimes refer you to a Psychologist if he/she feels that’s what you need, or if he/she is unavailable to provide you with ongoing therapy.

Psychologists and Counsellors are also often able to spend more time with you than Psychiatrists.

The most important consideration
Just as is true for all professions, mental health practitioners with the same job title can vary considerably in their approach.  Even when providing the same service, their skills, knowledge, style and personality may vary dramatically.

For you, this means two things:

First, finding the right therapist is a match-making exercise.  Just because you had a lacklustre experience with one practitioner does not mean that another will not be worth your while.

Second, be persistent.  If your first practitioner didn’t hit the spot, try someone else because you may be pleasantly surprised.  Take a look around to see who may be a better fit for your particular needs and personality.  Read their web site, and try a session or two.  Once you feel comfortable that you are making progress, stick with it.

3 thoughts on “What’s the difference between a Counsellor, a Psychologist and a Psychiatrist?”