Settled into a comfy chair in a hotel room in the 1990s, at a time when online forums were new, I was counselling my troubled and pacing friend.  He was very upset by some things that had been said about him online.

He was in the public eye just enough to garner gossipy interest from fans and hangers on.  They chatted and gossiped as if he were out of earshot, with comments ranging from the flattering, to invasive and disrespectful, to exaggerations and outrageous falsehoods.

He was angry, offended, distracted, obsessed… 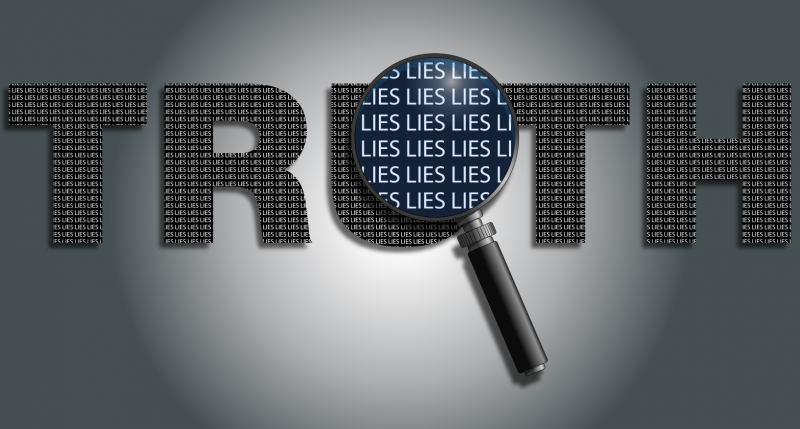 And that seemed reasonable to me.  There are few things more emotionally arousing than a stark injustice.  With my inexperience at that time, it was hard to come up with advice much more useful than the obvious stop reading it.  He wanted to set them straight, or control the situation somehow.

Reading such material can be compelling, like monitoring your ex’s Facebook page to see what they’re up to.  The result is always pain:  Pain if you are mentioned, and pain if you are not mentioned at all.

Years later I’ve toyed with adding this topic to my books to write list, to provide a more sophisticated kit bag of remedies for the stresses of being a celebrity, or similar.  Lies and Perception – how to cope with being famous.

Especially now that fame and infamy have become tremendously popular.  One third of American school children apparently aspire to fame, and only fame, as if it were a viable vocation in and of itself.  How disappointed they will be after their first class in statistics or economics – or their first hospitality job.

Seriously though, many everyday folk now contend with unpleasant assumptions and innuendo, just because they made a video or wrote a blog post that others decided to rant about.  This modern age is birthing a whole new skill set characterised in equal measure by cynicism, forgiveness, understanding, resilience and resolve – all things required to deal with random strangers saying nasty, false or thoughtless things.

I might still write that book.  Would you like to help?  Then my first question to you is this:

Which annoys you more – being spoken about badly when the criticisms are true, or when a lie or misrepresentation is spread about you?

I ask that because long ago I assumed that mistruths are always the most maddening, whilst valid criticisms are more manageable – because that’s how I felt.  But then something happened that wrenched my mind open to an alternative way of thinking about this issue…

I was co-facilitating an Assessment & Development Centre.  That’s not a place, but human resources speak for an intensive professional development program.  I was helping top tier executives of a well-known and super-smart multinational organisation to examine, and hone, their leadership performance.  Deep in a feedback discussion with one of them, he posited that criticisms based in truth were extremely hard to take.  He tended to defend and deflect.  By contrast, invalid criticisms or lies didn’t bother him much at all.  Because, well, they weren’t true.

Hmm.  Really?  OK.  I could feel a new concept stitching itself together as I spoke with him.

Though criticism of all types has thankfully been rare, for me a valid critique is something that these days I process well.  I mean, they’ve got a point, right?  So fair enough.

Also, when something is one’s own doing, it’s often fixable, and that’s good.  Far better than a problem being out of one’s hands.

However, I find criticism based on lies or wilful misconception to be a whole other ballgame.  It’s one for which I’m very sketchy on the rules, and lack player skills.

So instead of descending to the fibbers’ level, I’ve developed techniques for smoothing the internal waters, which I’m going to share with you shortly.

Luckily, I can only recall one serious example of a person intentionally spreading mistruths about me.  That incident, though, rudely re-awakened my interest in this topic.  Here’s what happened… 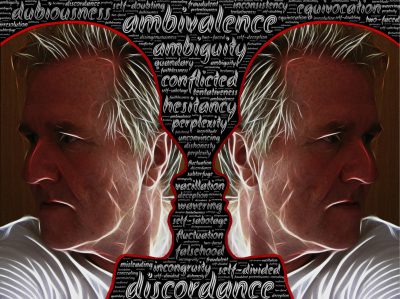 I could have remained blissfully unaware of the situation, but the grapevine did what it tends to do;  I discovered that someone in an organisation I’d done some work for had been spreading rather nasty falsehoods about ex-personnel, including me.

But don’t worry about it, was the grapevine’s gist.  It was, apparently, fairly standard treatment of departed personnel.

This should not have been the surprise that it was.  But, like most psychologists, I was drilled during my training in a mindset called Unconditional Positive Regard.  This is the rigorously constructive, non-judgemental, helpful attitude we are taught to maintain toward clients, as the essential foundation for effective interventions as a counsellor, therapist or coach.

It’s a very positive and functional way to be in the world – most of the time.  It can have downsides too, such as a tendency to wear one’s benefit of the doubt cap to any event, regardless of whether it suits the occasion.

Reflexive Unconditional Positive Regard is especially unhelpful for those situations in which searing cynicism would render a more accurate assessment.

In this case I had brushed off earlier rumours about quite offensive mistruths being bandied around.  I had reason to suspect that at least one individual, whose selfish agenda it served, had been unscrupulously influencing the key rumour-monger to believe the very negative things he was saying.  Falsely casting certain folk in the role of bad dudes had been necessary to advance their private cause.

So I was foolishly forgiving of the rumour-monger.  I juggled facts, trying but failing to convincingly arrange them in a way that resembled a genuine misunderstanding.

Or perhaps they just needed enemies to vanquish, so they could rise as the hero.  OK, I can play that role if I must, though it’s an odd casting choice.  And just this once.

Anyway, there was little I could do.  I wanted no involvement in their messy politicking.  Sober and philosophical, I ignored it all and continued on my merry way.

The next thing to come trundling down the grapevine knocked the benefit of the doubt cap off my head with a single swipe, and stabbed my Unconditional Positive Regard in the gullet.  It had to be an intentionally conjured lie.  It was groundless, nasty, and very irresponsible.

Threshold breached.  Forgiveness flown.  I was, now, deeply unamused.  The insult!  The injustice!  My mind kept drifting pointlessly, wastefully to the topic.

Thankfully, that didn’t last long.  Here’s what I did to take myself from indignant, offended and generally perturbed, to a light-hearted view of it all, within a few days…

How to brush off other people’s nasty comments

Television and movie portrayals of psychologists tend to inhabit one of two extremes:

I’ll let you in on a secret.  When we appear to be the latter, it’s not that we feel nothing, nor that we have innate superpowers.  Psychologists feel just as much intensity of emotion as everyone else.  It’s just that we apply techniques to get ourselves much more quickly from uncomfortable states back to calmer, happier ones.

Here, in abbreviated form, are some of the methods I used in this case:

Breathing
When I first heard the news I made sure to keep my breathing steady and calm.  The right breathing technique helps to prevent the nervous system from arcing up, even with an inner dialogue that’s yelping  “Some people have wildly incorrect perceptions of my actions and character!  Oh no!  The horror!”  So I was able to remain quite chill and philosophical in that moment.

Factuality
I asked myself whether what they said was true, or partly true, or untrue.  (Untrue.)  And therefore…

Controllability
Is it within my power to resolve this misconception?  (Possibly in part, but that would require considerable effort, complexity and stress.)  Is the benefit of partially correcting their perception worth this effort and stress?  (No. The cost is too high for the minor benefit.)

Worst Probable Consequence
I did a quick rational run-through of the actual consequences of what was said:  What are the chances of people X, Y and Z actually believing these things?  (Moderate.)  If person X, Y or Z were to believe these things, what tangible effect is that going to have on me?  (Little or none.)

Trust the Bigger Picture
I used this mantra to balance my perspective:  Their choices; their karma.  It’s an appreciation of the principle of cause and effect.  If someone often speaks ill of others, they will at some level in their life be experiencing the negative consequences of this.  Often you won’t need to correct anything, because natural laws will cover that base for you – give or take.

Sympathy
If a person resorts to lying about others, they must feel that they are not coming from a very strong position.  They are feeling vulnerable in some way.  So unless they are evil incarnate, it’s OK to feel some sympathy for them in their situation, if doing so makes it easier for you to forgive and move on.

Re-framing
By the time I had jumped through all of the above logical hoops, aspects of the situation started to look amusing, all by themselves.  Some elements were still sad because they were so unnecessary, but others bordered on funny.  So I didn’t have to try too hard to re-frame it positively.

Fast-forward Button
This technique is easier to apply if you are 40+ than if you are 20.  It’s a quick reflection on events that have hurt or troubled you in similar ways in the past, and how you feel about them now.  You’ll notice that you feel very little emotion about those old events.

The Fast-forward Button is simply an acknowledgement of the certainty that at some point in the future this too shall pass.  You might as well save yourself a whole lot of angst by skipping to that place of serenity now.

With or without Fast-forwarding skills, the sting of such events does fade with time.  Problems naturally degrade from stressful, to annoying, to daft, and eventually to amusing or forgotten.  And mine was an isolated incident, minor in the grander scheme.

Public figures, however, have to contend with a fresh dose of widely disseminated unpleasantries almost every day of their lives.  Building the skills to process others’ criticisms, insults and lies, while remaining sane and open to genuinely useful feedback, is a daunting task.

So let me ask again:  Which challenges you more – a lie or misconception about you, or a valid criticism?  What have you learned about dealing with these things?  Please let me know in the comments below.

And whether you’re in the public eye or an everyday Joe, if you’d like help with getting happy again after your own stressful situation, give me a call.  Use the links on the bottom left of this page to access the service you need.

6 thoughts on “Lies and Perception”