Having the radio or TV on in the background drives me bat-poop crazy. Fortunately, I and my other half have evolved a reliable arrangement that includes volume controls and a rather spiffy wireless headset. (For him, not me.)

It wasn’t always this way. As in any relationship, the compromises of cohabitation are negotiated and whittled over time. Working from a nice open-plan home much of the time, at first I found myself frustratingly unproductive. I had discovered the inherent incompatibility between the analytical nature of my business consulting and writing work, and sharing space with a stimulation-craving extrovert.

Coincidentally, I also found myself inundated with requests from journalists for expert comment on the pros and cons of open-plan offices. There are articles all over the internet featuring some of my best words of wisdom on this topic.

Open-plan is so de rigueur, but often not the hit that was hoped for. Why, they asked, is working in these environments OK for some people, and so unmanageable for others?

It turns out that the personality traits known as extroversion and introversion are central to the answer to this question. 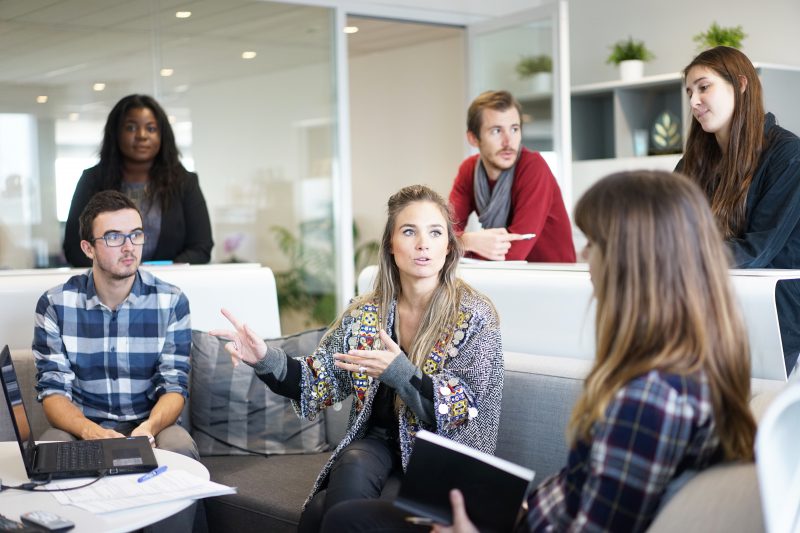 How can you know if you have an extroverted or introverted personality?

There are many informal tests that will estimate this for you. For the purpose of this article, though, a super-simple test is to consider whether you feel fine in fairly noisy environments, speak quite loudly, and tend to choose a high volume setting when playing music or movies (separate to any hearing impediment, of course). If so, there’s a good probability that you will profile as an extrovert.

You might even feel that having music on helps you to work. Why? I’ll tell you in a minute.

Alternatively, if you are more introverted, hearing other people talking nearby is most likely intensely distracting. You probably prefer to keep the TV (the what?!) at a lower volume, and may yourself speak at a lower volume. The idea of anything other than quiet classical music helping someone to work seems zany to you.

Neurological differences between introverts and extroverts

Contrary to popular understanding, the introversion-extroversion continuum is far less about personality and social behaviour than it is about God-given neurology.

If you are a true extrovert, the reason you are more tolerant of noise and other stimulation is actually that less of that data is making it through to the keeper. Your senses have a narrower bandwidth, meaning it takes louder, brighter or busier stimuli to register fully in your brain.

In fact, studies show that given control over headset volume, extroverts choose a higher volume than introverts – and perform better on cognitive tests administered via that headset when they do so.

Conversely, introverts are equipped with a kind of neurological broadband. If this is you, then quieter, duller stimuli are sufficient to register fully in your brain, and are optimal for your cognitive performance. You are, very literally, more sensitive. Even your sense of touch may have higher acuity than that of an extrovert.

This is why introverts tend to prefer quieter environments, and hit their social stimulation limit much sooner than extroverts. They have taken in far more data, so their systems are ready to rest and reboot. It’s also why I say…

Introverts are more distractible than extroverts

Not in the sense of jumping from one source of stimulation to another. That is still the extroverts’ purview. Rather, when trying to focus on an analytical or compositional task, introverts may be neurologically less able to ignore distracting stimuli, such as people talking within earshot or music with meaningful lyrics.

This experience is also a feature of Autism spectrum disorders, to a supranormal degree. Autistic people often report extreme sensory overload. It’s as if their brains lack the ability to filter the mass of physical and environment data, in order to attend only to the situationally relevant subset.

This is in fact a primary function of the brain – to filter the majority of irrelevant data out. Hence people with Autism tend to shrink from high-stimulation activities.

Critically, it doesn’t take much introversion to create this kind of easy distractibility. I profile dead centre on measures of introversion/extroversion. I’m friendly, light-hearted and deeply interested in people, but also a little bookish, on the quieter side (by Australian standards) and happy to be home by 10pm. That’s sufficient to endow me with neurological broadband and its accompanying sensitivities to noise and over-stimulation. 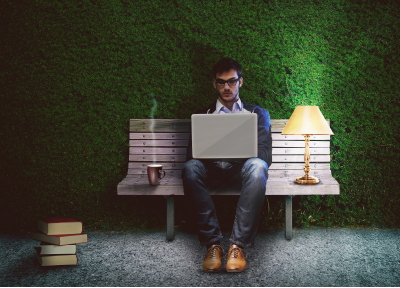 If you are an employer or people leader, these concepts are important to understand. Whilst it is a generalisation and very dependent on role requirements, many of your business’s most diligent and effective employees are probably on the introverted side. You are shooting yourself in the foot if you don’t cater properly for them.

In the wrong environment their productivity will dip, and you’ll eventually lose them to a less stressful workplace.

This is especially true if your staff are performing intellectually demanding tasks, such as analytical work or writing. It may not apply so much to manual tasks that are less demanding of neurological resources, especially language processing. This is because…

Non-verbal noise such as machinery, or unintelligible speech such as distant muttering or people speaking an unfamiliar language, are far less disruptive.

The scale of this productivity dip should not be under-estimated. Some years ago, a major organisation conducted a study of how staff responded to email – whether they checked email as it came in and addressed it immediately, or chunked their email responding by checking it only two or three times each day.

The continual email checkers showed a 90 minute productivity disadvantage over the email chunkers, each and every day.

The reason for this efficiency loss almost certainly also applies to distracting your diligent, analytical introverts with intermittent verbal noise.

(This is why email chunking is a common strategy I recommend to my executive coaching clients.)

How to work well in a noisy environment

If your work area is open-plan, to optimise staff productivity and minimise stress try implementing measures such as these:

Does the neurological explanation of extroversion and introversion resonate with you? How has open-plan working or living affected you? What strategies do you use? Let me know below.

Having trouble with your noisy workplace? Send your boss this article.
.